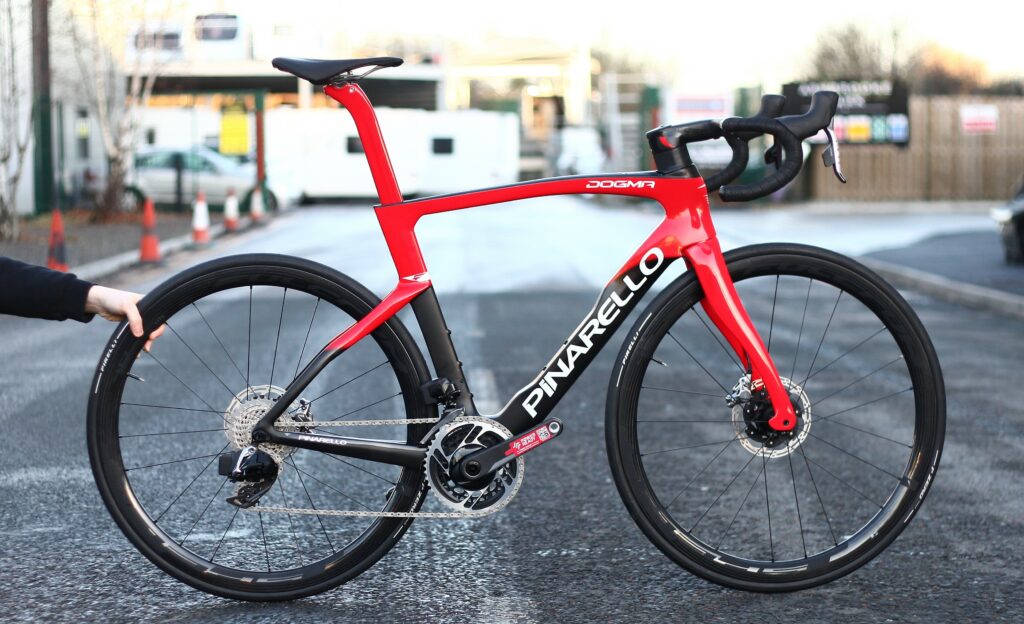 We’re finishing buildmas with a bang! Here’s the all new Pinarello Dogma F- possibly the most anticipated bike since its launch in June 2021. As expected, it’s lighter, stiffer and more aero than its predecessors, yet it still has that unmistakable quality Pinarello ride quality. There’s a reason why arguably the world’s best cycling team, INEOS, formerly Team Sky, have ridden Dogma’s since their inception in 2010.

Kitted out with the integrated MOST Talon cockpit, which has also been redesigned to save weight, this is one of the sleekest frame kits available. A slimmed down seatpost and 3D printed titanium seat clamp are also included.

Sram’s wireless eTap AXS takes care of shifting and braking, providing a super wide range of gearing to match the wide ranging capabilities of the Dogma F. Rolling on Fulcrum SPEED 40 CMPTZN DB wheels, this is a grand tour bike that can do it all. All out sprints, no worries. Hors Categorie climbs, you’ll spin up them easily. 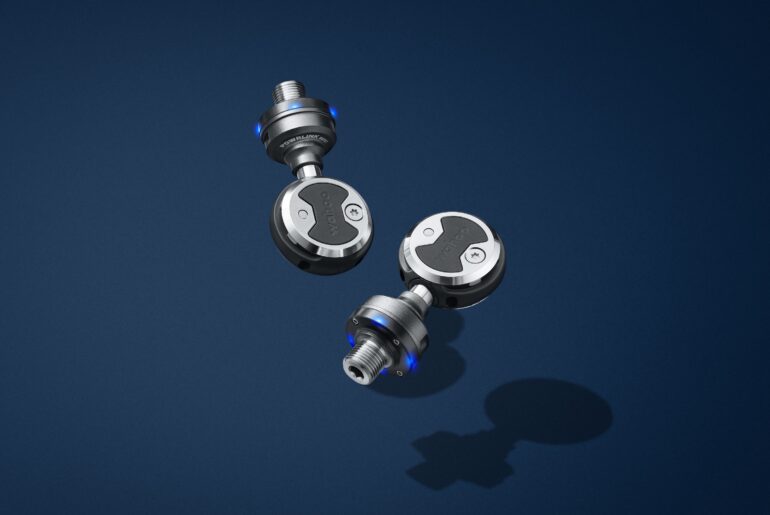 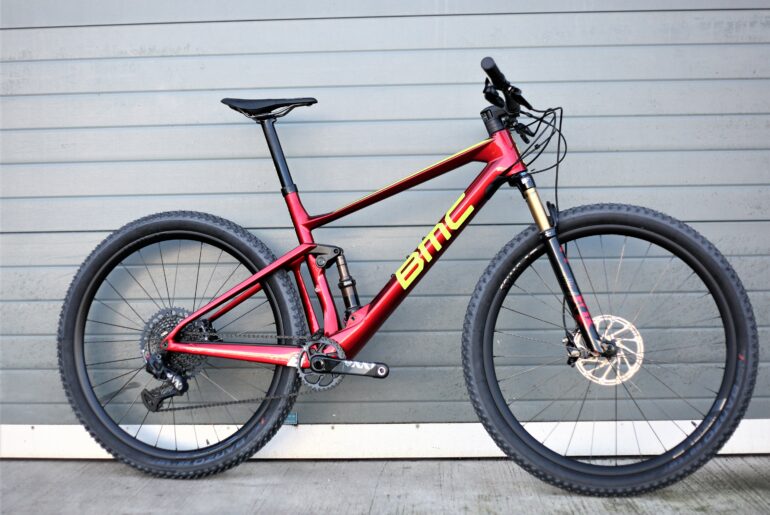